Sculpture as public art and historical testimony in 2009-s Kosovo

Public sculpture is a arguable branch of sculpture, as orienting on tastes and beliefs of the public, which is imposed on this variety even from the fact that it has to pass a selection process, can affect creative freedom (even as a protest to these tastes and beliefs). The quantifiable and non-quantifiable contexts created from the relation of the work of art with the urban surrounding give to the sculpture its public character, independently from the fact that the painting has been produced elsewhere. In the year 2009, I was working for the non-governmental organisation “Çohu” in Kosovo and this involved a lot of travelling around and a possibility to take pictures, which among other things happened to be pictures of the public sculpture position in urban’ centers. These sculptures as the urban’ centers themselves are product of a recent time, as Kosovo itself is a new country, as the most well-known sculpture of the country, “Newborn” tells.


Curiosity and a good camera lay at the foundation of this piece. In the moment of taking these pictures I was not thinking of enrolling myself in the army of picture’ divulgators, but here I am. The pictures are part of a much wider collection which is much more diverse and unconcerned. What came forward in the city exploration was shot, so if anybody thinks that I would stand staunch any critique on the not very accurate selection or other meaning producing path is wrong. 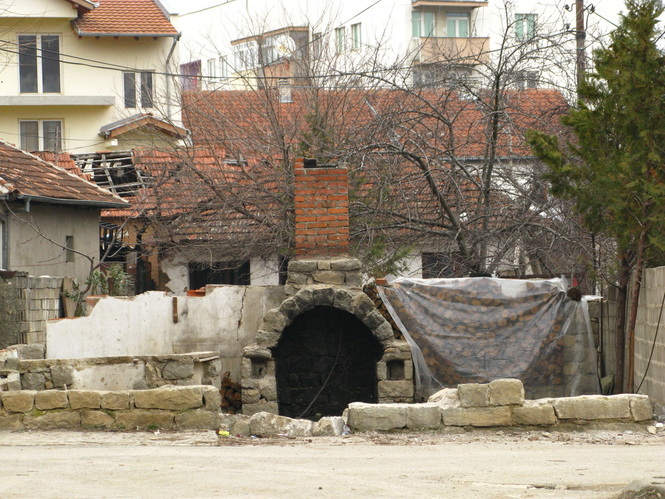 How the urban is changing in today’s Kosovo is a question that we have the good luck of being allowed to avoid, although, we cannot avoid. This picture from the relatively peripheral Peja, walking towards the western side of the city, in the winter of 2009, told about a relatively quiet situation although change is present. The increasing presence of wealth in society is surfacing in new buildings. The end of the brutally greedy Serb-communist-Yugoslav state has facilitated the process. How much Peja, Prishtina and Gjilan are similar among them is something that is not clear in these pictures, as it is not clear how everything has changed from 2009, although we know it has changed a lot. 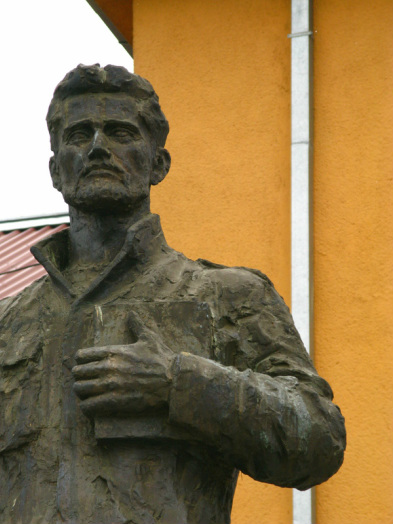 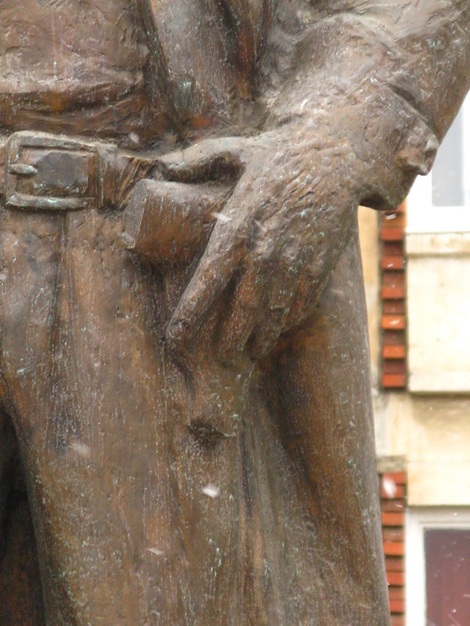 Exclusions are not excluded, like in some cases of abstractions or monuments inherited from the past, but the typical dominates. The discussion on the materialisation of the public art itself seems to be restricted and wrongly oriented. A meaningful illustration on this context is the quoting from the article from Alter Habitus research report) which says: “ some participants support the idea that the presented martyr should carry a gun so as to be understood that he died fighting, while some others think that this is something to be decided from the artist. (https://www.facebook.com/notes/alter-habitus-institute-for-studies-in-society-and-culture/findings-from-the-focus-groups-research-on-memorials-and-memorial-sites-1999200/309043139176562 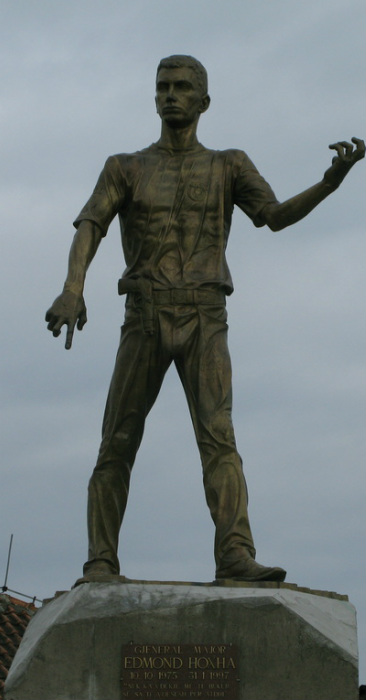 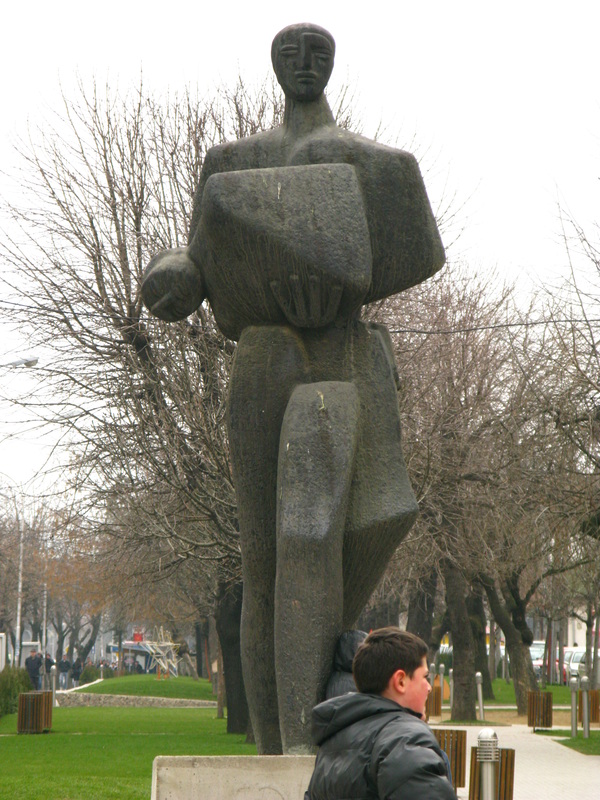 This sculpture in the center of Gilan has the luck of having a little park with it. The Yugoslavian luxury is visible in dimensions and abstractions. There is no name in it. More than one person can see parts of his past in it. 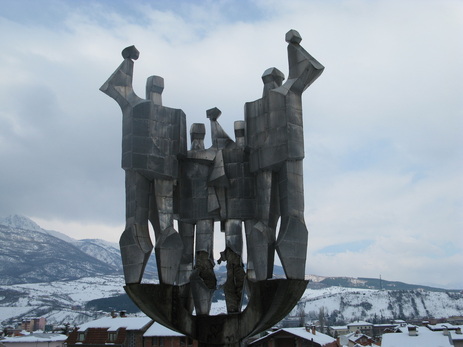 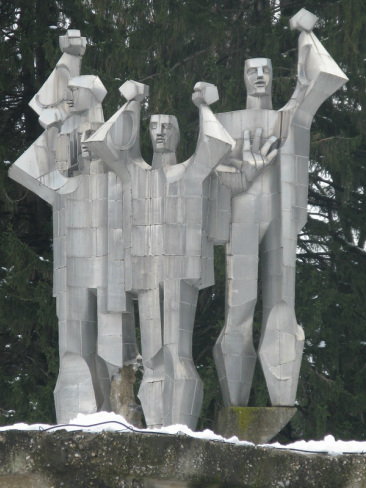 The monument in this picture is located at the entrance of the Peja city’ park. Made in concrete and metal it dominates its surrounding because of its position on the hill. 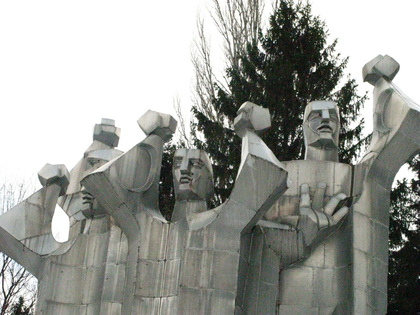 Other historical periods of the Albanian people history in Kosovo are less present. In Gjakova there is this monument of the hero Sulejman Vokshi, not particularly beautiful or well made. Referring to earlier historic periods it can be mentioned the monument of Scanderbeg whom Albanians have decided to have in Tirana, Prishtina and Shkup. The monument is made paying more attention which shows the symbolic importance of the national hero for the Albanians identity. 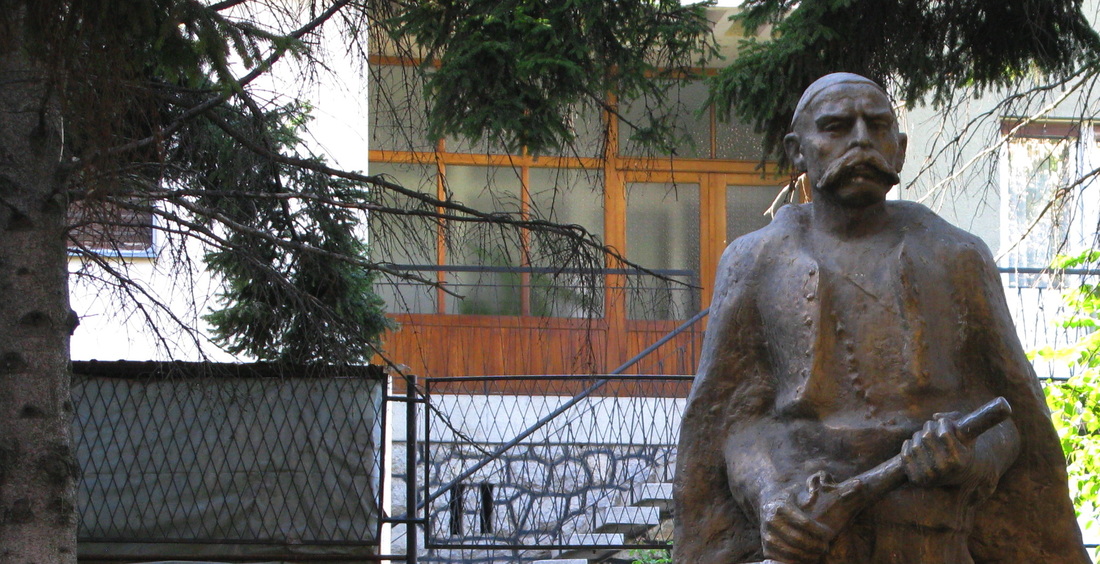 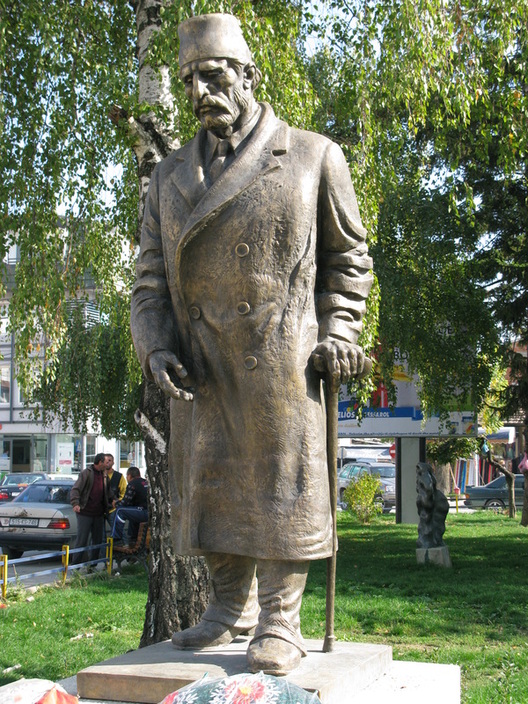 Here is the monument of Haxhi Zeka placed in one of the main squares of Peja.
From Peja are also these abstract sculptures placed carefully out of the city’s rhythm. The human, strength, its struggle is present in simple and soft forms. If it’s the right season, you are lost in right direction and have enough time you can spend some nice moments in their company. 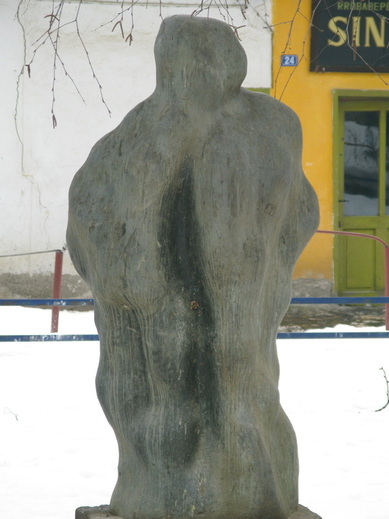 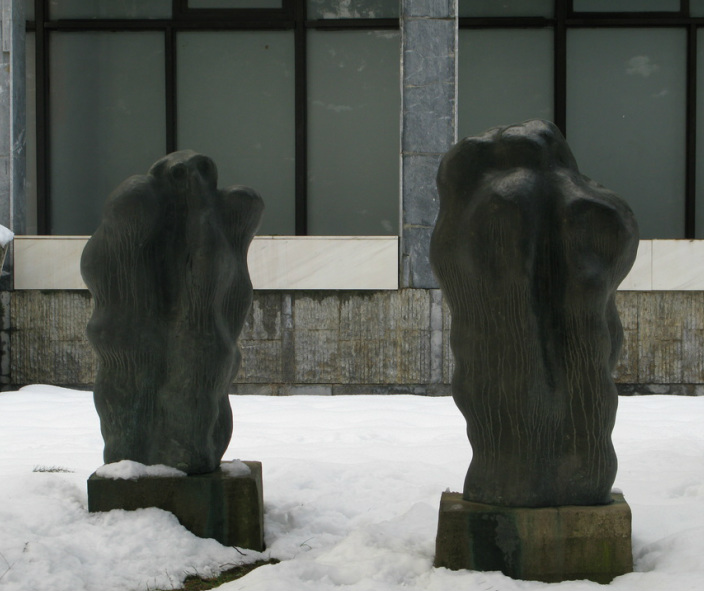 It seems that the power and will of the administrative elite is still not cultivated enough to open a space for another elite that can engage in cultivating taste and vision? Or is this other elite itself that cannot find or articulate something appropriate as the art is known for its fragility and conditions were never right for a proper harvest.